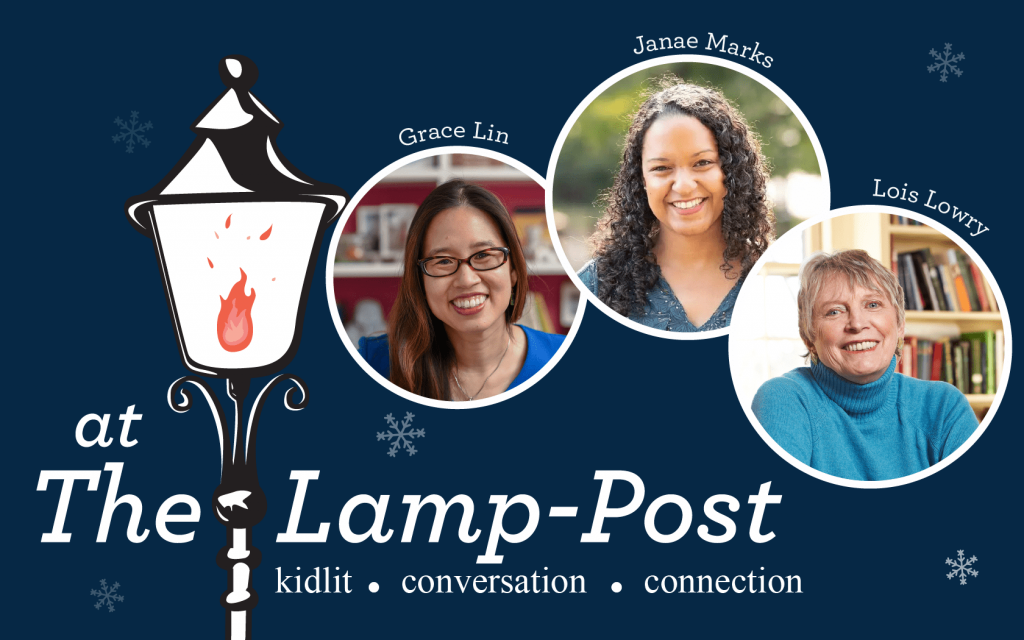 “All the stories that you read, they will help you someday. They will give you the strength to get you through something someday.”

Three writers at three different stages in their careers each share stories – the struggles and the triumphs – of their journey to becoming successful writers.  Lois published her first book at age 40 (after a divorce); Grace endured years of rejection before finally writing her own story to pair with her Asian art; and Janae left three novels in the drawer before finally breaking out. They exemplify how Persistence is vital for any writer to bring their own authentic stories into the world.

Each shares stories about the books that influenced them. (The Two Towers?!) And memorable anecdotes about how to nurture readers’ stamina.  Look for Lois’s story of a snow day in South Carolina…  And don’t miss Grace’s own insights from reading with her own family.  The best way to inspire a reluctant reader? “Read to them!”

It Is Our Pleasure to Chat With:

Grace Lin – Where the Mountain Meets the Moon

Janae Marks – From the Desk of Zoe Washington

Q4: How characters grow from new friends and new relationships. (54:50)

13:35 – Janae Marks talks about the importance or persistence, grit, luck, timing, and representation in her writing journey.

31:10 – Janae Marks talks about writing a better version of yourself and providing hope.

1:02:41 – Grace shares a remarkably candid anecdote about reading The Two Towers while her husband endured chemotherapy treatment for cancer.

1:06:54 – Lois Lowry tells a story about a librarian and a recalcitrant 8th grader during a snow day in South Carolina.

Lois Lowry is the author of almost 50 books, spanning four decades. She won the 1990 Newbery Medal for Number the Stars and the 1994 Newbery Medal for The Giver. Her novel for younger readers, Gooney Bird Greene, is featured on the Read to Them list of books for schools. It tells the story of a second grade girl who wants to be “right in the middle of everything” as she tells her “absolutely true” stories, and inspires her classmates to tell their own.

Grace Lin comes to us fresh from winning the 2022 American Library Association Children’s Literature Legacy Award for her body of work. She has published almost 30 books, from board books to novels, and garnered awards including the Caldecott Honor for A Big Mooncake for Little Star, a finalist for the National Book Award for When the Sea Turned to Silver, the Theodor Geisel award for Ling and Ting, and the Newbery Honor for Where the Mountain Meets the Moon, the book we discussed together. We also recently added The Year of the Dog to the list of  Read to Them offerings.

Janae Marks is beginning her career as a novelist and is off to a fast start. Her debut novel, From the Desk of Zoe Washington, received multiple starred reviews and awards, and she has followed that with another acclaimed novel, A Soft Place to Land. Both books have been selected by Project LIT, a national book club program for young readers. We offer From the Desk of Zoe Washington on our book list, and looking forward to the upcoming sequel, On the Air with Zoe Washington, coming in 2023. And, since we have read the book, we’ll be watching out for the Kerry Washington-produced movie about Zoe!