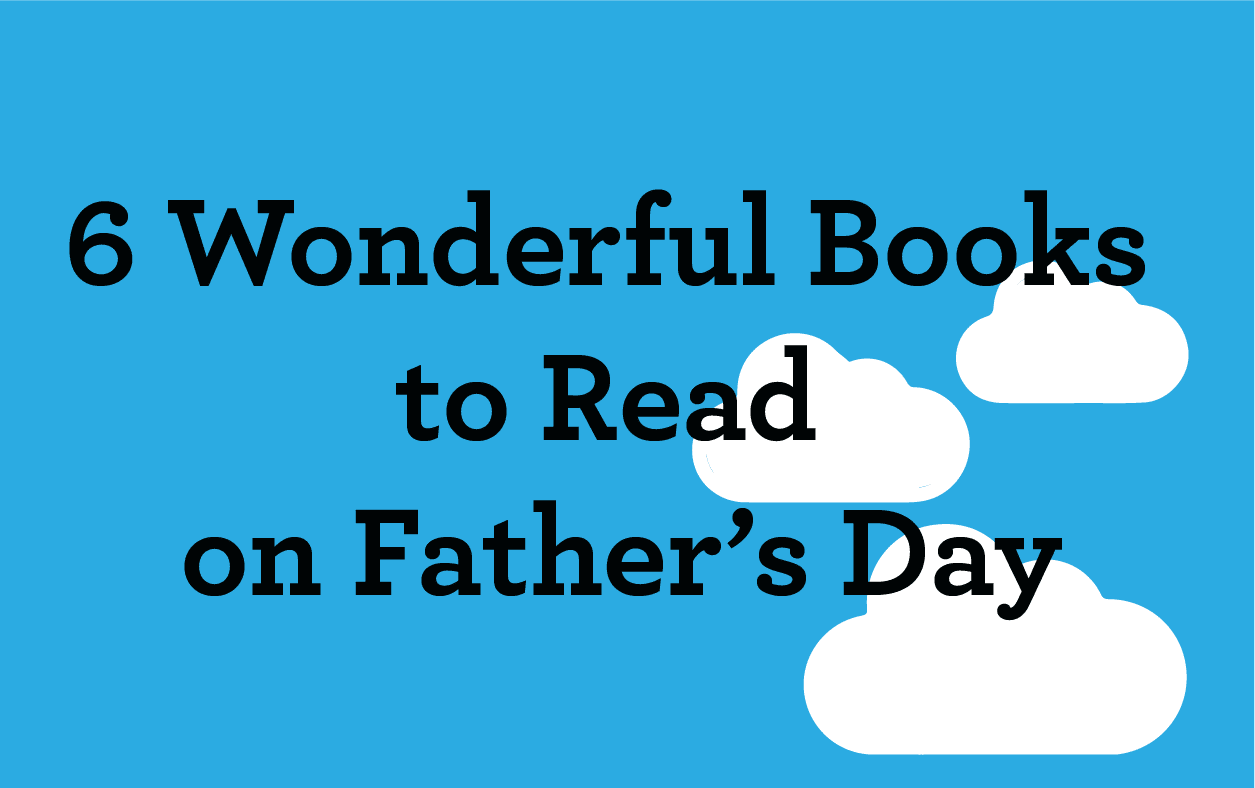 Spend time with the awesome Dads in your life by sharing a story (or six!) this Father’s Day. Read to Them has culled a list of six titles featuring unforgettable dads. Click on our book quotes to read them at their full size! 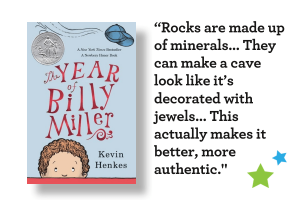 The Year of Billy Miller by Kevin Henkes – Navigating second grade is hard, and facing challenges with teachers and family members is even harder. Billy and his Papa both struggle with their current projects – Billy with a diorama, Papa with his art. When Billy’s sister spills glitter all over his bat cave, they figure out how to make the best of any mishap. 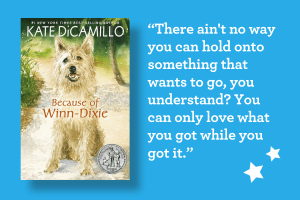 Because of Winn-Dixie by Kate DiCamillo – When Opal and her father move to a new town, neither of them expect to welcome a stray dog into their home. And neither expect Winn-Dixie to help them open up to each other and help them each understand how forgiveness is the first step to healing from the past. 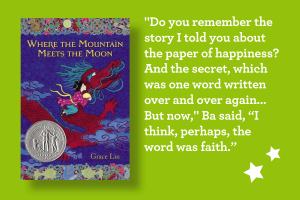 Where the Mountain Meets the Moon by Grace Lin – Minli and her parents live in the shadow of the Fruitless Mountain, barely scraping by. But even at their most fatigued, the stories Minli’s father shares each night at dinner fill her heart more than any amount of ricet. They’re also the spark that encourages Minli to set out and change her family’s fortune. 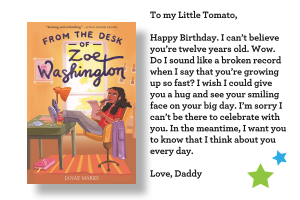 From the Desk of Zoe Washington by Janae Marks – Zoe’s birth father, Marcus, has been in prison since before Zoe was born. A chance opportunity to correspond with Marcus through letters leads Zoe to believe he may not have committed the crime he was accused of. Fueled by hope, Zoe forges a relationship with Marcus through food and music, and endeavors to prove his innocence to the rest of the world. 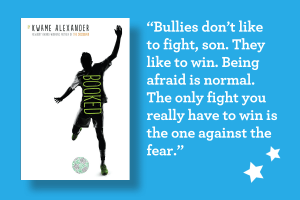 Booked by Kwame Alexander – In this stunning novel-in-verse, you’ll meet Nick Hall, the soccer star of his school. But everything comes crumbling down when Nick’s parents announce they’re separating. Nick remains with his linguist father, who has always been pretty distant. Guided by Alexander’s heartfelt prose, Nick manages to bridge this gap using the power of books and words. 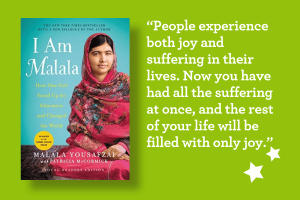 I Am Malala (Young Reader’s Edition) by Malala Yousafzai – Malala Yousafzai is known as being a Pakistani activist who stood up for girls’ rights to be educated. Through the entirety of her remarkable life, Malala has found wisdom and support from her father, who encouraged her to speak up when other forces in their village would have seen her silenced.

Back to What's New