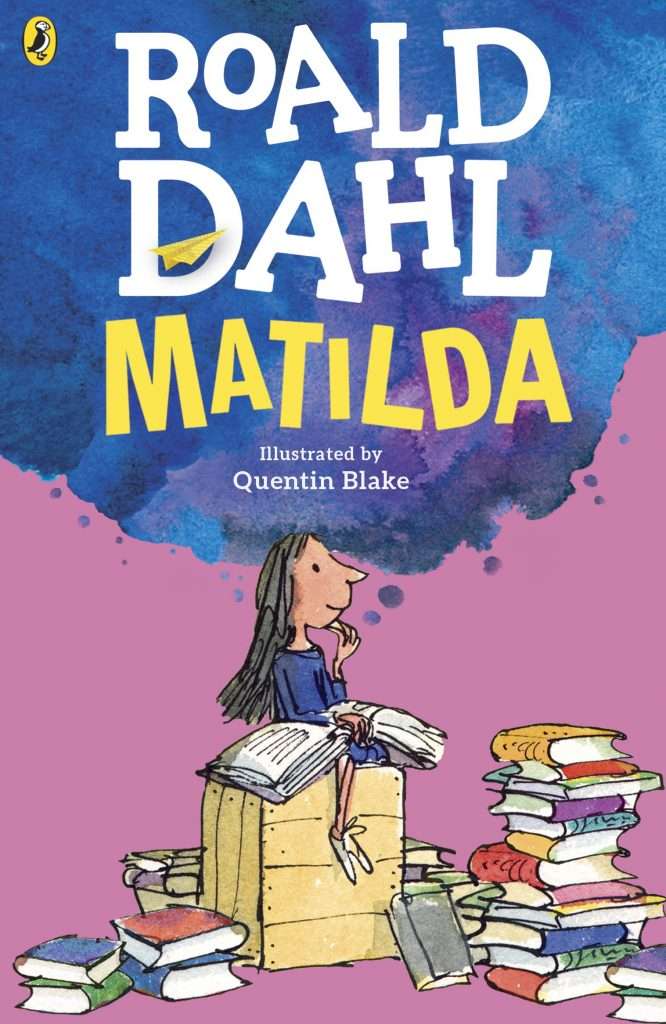 Matilda is one of Roald Dahl’s most inspiring and lovable characters. She is multi-talented – a great reader, polite, firm, resourceful, loyal, and resolute. Those qualities serve her well as she faces more than her fair share of adversity.

At home, her parents dismiss her as a nuisance as they focus on themselves and their get-rich-quick schemes. As Dahl describes it, “the parents looked upon Matilda in particular as nothing more than a scab. A scab is something you have to put up with until the time comes when you can pick it off and flick it away.”

At school she must deal with the formidable Trunchbull, one of the most imposing villains in the Roald Dahl canon. After giving a detailed description of her formidable appearance, Dahl says, “She looked, in short, more like a rather eccentric and bloodthirsty follower of the stag-hounds than the headmistress of a nice school for children.”

Don’t worry, though. Matilda is up to the task. She pulls ever more creative pranks on her father so the joke’s on him. And, with the help of the lovable, sweet, virtually perfect teacher, Miss Honey, she develops her latent eye-power to put an end to the Trunchbull’s reign of cruelty.

More than 20 years after first arriving on the scene, Matilda continues to gain new fans through the award-winning musical, a hit both in London and on Broadway. The play sticks true to the book, trumpeting all of the story’s messages – the importance of books, the strength of children versus an unjust system, and the value of steadfast allies.

Matilda begins as a valentine to book readers, turns into a David and Goliath struggle, and ends as a justice-is-served happily ever after. It includes all of Roald Dahl’s trademark macabre perils and all of his winsome storytelling, including talking parrots, a cake-eating contest, a vitally important newt, and two crucial cups of tea.

Take another spin with the master of James and the Giant Peach, Charlie and the Chocolate Factory, and The BFG, and embrace the tiny, redoubtable heroine, Matilda!