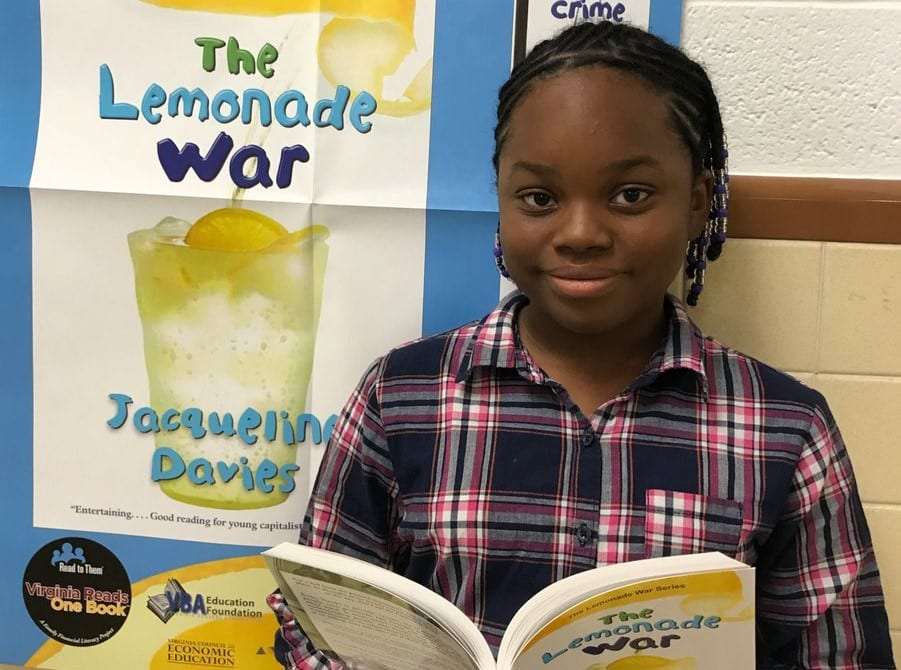 The first annual Virginia Reads One Book program kicked off in February of this year. A total of 92 schools joined together to read The Lemonade War by Jacqueline Davies.

Getting ready to read at Crestwood Elementary School in Fairfax County.

Plans are already in motion for a bigger and more exciting Virginia Reads One Book  event in 2019. Family and educator surveys were sent out to schools who participated this year, and schools with the highest response rates won prizes.

The Superintendent of Botetourt County Public Schools, Mr. John Busher, catches up on a chapter.

A student at the Economic Fair in Newport News.

Congratulations to all of our prize winners. Thank you for your valuable feedback about Virginia Reads One Book. We can’t wait for next year!

Sarah Weeks Meets Us at The Lamp-Post

As September wanes, the new school year is in full swing. All of us at Read to Them hope that educators, students, and families have

At Read to Them, we strive to offer an array of books that reflect the richness and diversity of the schools we serve. For Hispanic

Who Are You, Anyway?

In the end, we get to fully know exactly one person only: ourselves. And that’s only if we work hard at it. – Mags from