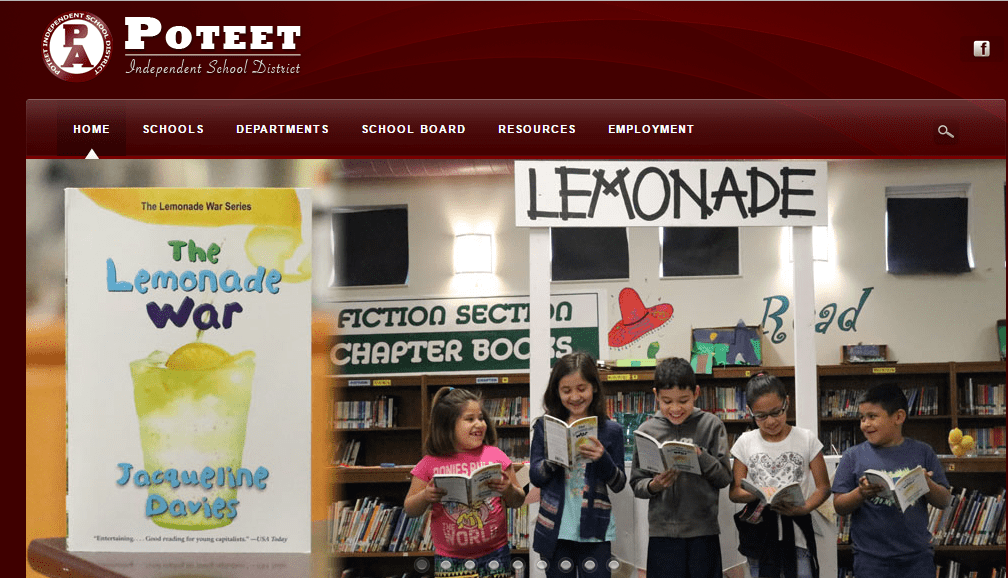 Texas Reads One Book is under way!

For the third year in a row, the state of Texas has partnered with Read To Them to spread family literacy and establish the importance of reading together in their schools and and homes.   Dallas Cowboys head coach, Jason Garrett, jump started Texas Reads One Book by reading the first chapter of The Lemonade War, by Jacquline Davies.  All across Texas students and families have been grappling with the competition between Evan and Jessie Treski and their duelling lemonade stands.  In addition to assemblies, trivia questions, and in-school engagement activities, they’ve even used The Lemonade War to explore a little math!

Here are samples of Texas Reads One Book in progress:

Our 3rd grade Ss had a blast kicking off the #TxReadsOneBook w/a cup of lemonade and The Lemonade War @1school1book #SamKidsRock pic.twitter.com/UrSj7QHNbo