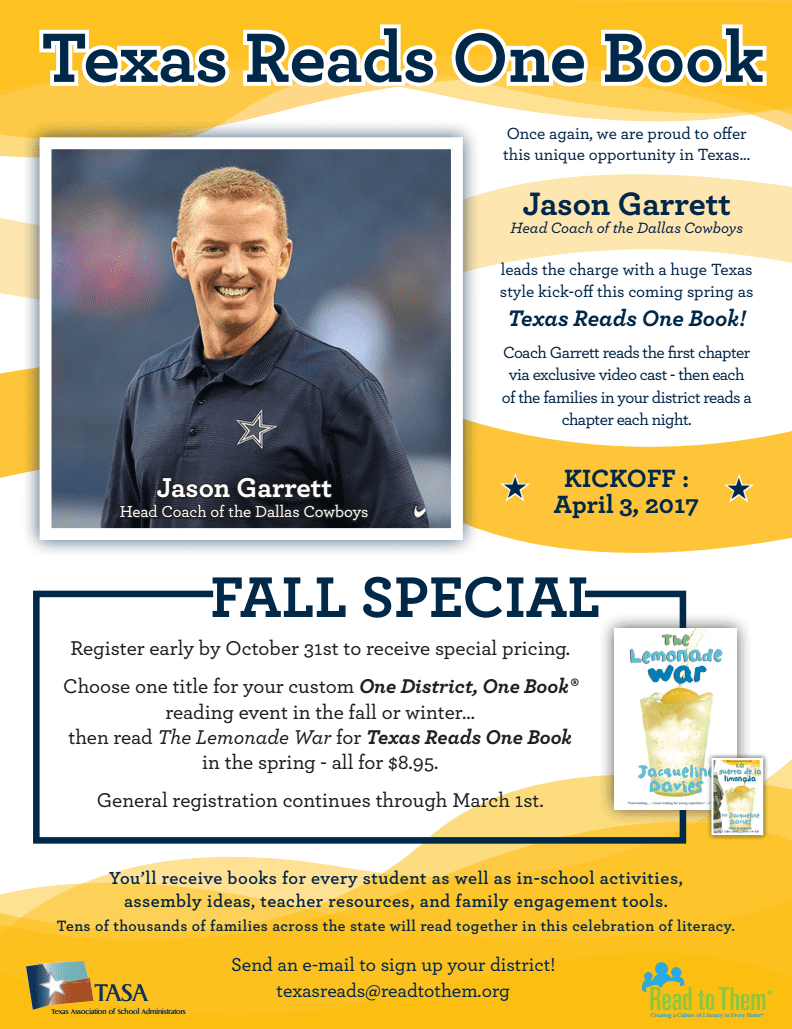 His guests will be Texas superintendents Diane Frost (Corsicana ISD), Ricardo Lopez (Mission CISD), and Jose Parra (Irving ISD), who will discuss their leadership of the forthcoming Texas Reads One Book program in April 2017.

Tens of thousands of families are expected to take part as participating elementary schools across the state all read The Lemonade War at the same time over a three-week period. For information on listening to the program live on Monday or accessing it online later, click here.