Sticking with Your Story, a Journey of Persistence 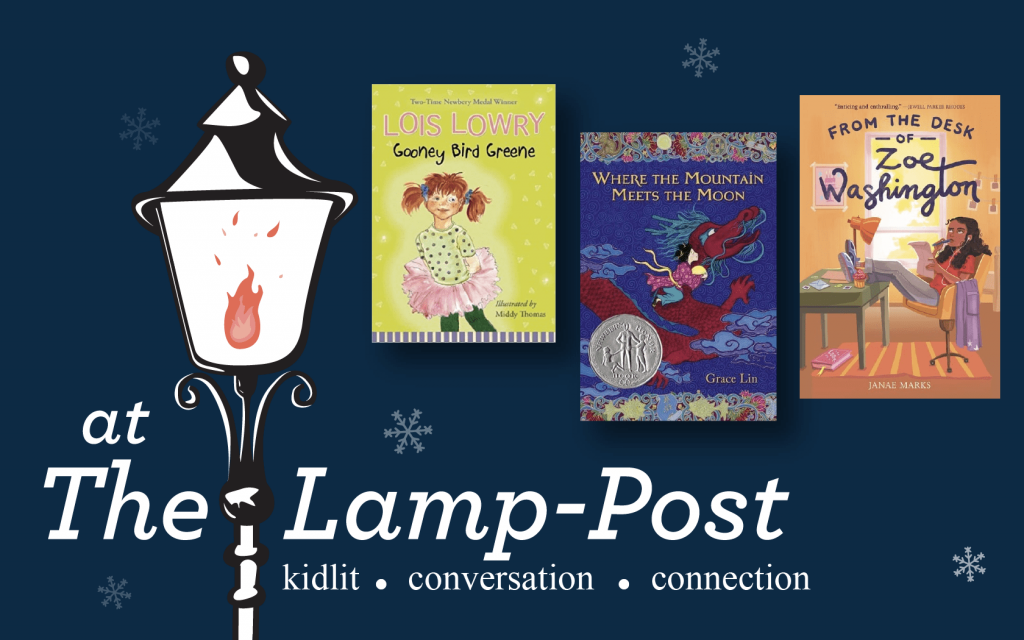 “Dream with ambition, lead with conviction, and see yourself in a way that others might not see you, simply because they’ve never seen it before.”

From the day we are born, a blank page unfurls before us, ready and waiting for us to tell our story. Some folks, however, allow their stories to be told by those around them. Despite the good intentions of parents, teachers, and friends, we are inevitably responsible for crafting our own story. Of course it can be difficult to find your own voice, to stick to that voice when faced with steep obstacles. But authentic stories are valuable, so stepping up and seizing the reins of your narrative is a challenge worth pursuing. Lucky for us, the books on this month’s slate of titles feature characters who model this inner strength and who masterfully display the persistence needed to stick to their stories.

Every classroom comes with its own cast of characters. Some of the characters are predictable – the quiet child who rarely speaks in class, the distracted child who is more concerned with the view through the window than with the whiteboard. But few classrooms have a character as vibrant and charismatic as Gooney Bird Greene. In the opening pages of Lois Lowry’s novel, all eyes in Mrs. Pidgeon’s class follow the new student, Gooney Bird, as she takes a seat “right smack in the middle of everything.” She arrives wearing “pajamas and cowboy boots” one day and “a pink ballet tutu over green stretch pants” the next. And the first lesson that Gooney Bird sits in on?

A girl as illustrious as Gooney Bird is not short on stories. In fact, her classmates encourage her to share several with them: How Gooney Bird Got Her Name; The Prince, the Palace, and the Diamond Earrings; and Beloved Catman Is Consumed by a Cow, among others. You’re probably thinking to yourself, A second grader met a prince? Directed an orchestra? Not to mention that poor cat… It’s important not to let yourself slip into Mrs. Pidgeon’s mindset: “I want to be certain that the children understand that these are made-up stories.”

Over and over, Gooney Bird asserts, “I tell only absolutely true stories.” Gooney Bird’s storyteller heart is a gift, granting Gooney Bird the ability to take her experiences and dress them up to be as dazzling and fantastical as her snazzy outfits-that-border-on-costumes. For instance, a morning like any other leads to a chance encounter with a lost bus, resulting in the tale of Why Gooney Bird Was Late For School Because She Was Directing a Symphony Orchestra. Finding the extraordinary in the mundane is Gooney Bird’s bread and butter. It’s a masterclass that she, in turn, is able to give her fellow students.

She reiterates that “out there, invisible, are a lot of stories not yet told.” And Gooney Bird’s encouragement leads her classmates to reflect on the stories they have yet to tell – such as “How Beanie Got Her Name” and “How Keiko’s Family Came to Watertower” and “When Barry Spent Every Penny He Had on Something He Wanted Really Badly.” Gooney Bird cements the notion that each of these stories is important and worth being celebrated, that each tale is miraculous in its own way when her classmates let their voices persist and remain true.

In Grace Lin’s beloved modern classic, Where the Mountain Meets the Moon, Minli lives with her parents in the shadow of the Fruitless Mountain. They spend each day working to survive, rarely ever reaping enough rice to properly feed themselves. However, “what kept Minli from becoming dull and brown like the rest of the village were the stories her father told her every night at dinner.” These Chinese fables and folktales nourish Minli’s soul whenever food is scarce and spirits are low, but her mother discounts their value, time and time again: “Our house is bare and our rice hardly fills our bowls, but we have plenty of stories… What poor fortune we have!”

It is her mother’s tired sighs and hope found within the tale of the Old Man of the Moon that fuel Minli – with the aid of a talking goldfish to get her started – to set out to bring good fortune to her family.

When they discover Minli has gone, Minli’s parents are frantic and neighbors warn: “You better go find her or else she will never return. Foolish Minli! She is trying to do the impossible!” In stark contrast, Minli never doubts the substance behind her father’s stories. Of course the Old Man of the Moon exists! Of course he knows the answers to everything! Minli’s conviction is so strong and steady, she convinces every companion she meets on her journey that it’s possible to speak with the legendary Old Man of the Moon.

From a Dragon to a king, a buffalo boy to young twins, each share their own stories with Minli, too. Each of these stories adds to Minli’s red threads of fate, as each are woven together to forge a bridge that ultimately leads her to her destination, and to a deeper understanding of what is most important.

Not a changed fortune, not a house full of gold and jade, but her family.

By selflessly asking Dragon’s question of the Old Man of the Moon, Minli is able to remove the heavy pearl from the Dragon’s head and help her loyal friend take flight. Without valuing the long list of fables and folktales she encountered on her journey, Minli never would have understood just how wrong her mother was.

They are what enable her to be grateful for what she has rather than longing for what she lacks. Upon returning to her family’s hut, the now wiser Minli observes that “the shabby walls and worn stones seemed to shimmer as if a translucent silk veil covered them, muting any flaws and transforming the house into a dwelling of luminous light and delicate shadows. Minli had never seen her home look so beautiful…” This growth, this ability to shift perspective, are tools Minli has honed for herself and they are so vital in Minli’s efforts to craft a new story for her and her beloved parents – one that goes on to impact the entire community around them.

The path that the protagonist of Janae Mark’s From the Desk of Zoe Washington walks is, to put it lightly, complicated. In many ways, Zoe’s story has been told for her: she’s an aspiring baker happily making cupcakes on her birthday, who is supported by loving parents and a doting grandmother. The story Zoe knows is upended when she finds a letter from her birth father, Marcus. Doesn’t seem like that big of a problem, right? It wouldn’t be, but Marcus has been in prison for Zoe’s entire life. She doesn’t know him, her mother refuses to talk about him, and Marcus has always been painted as a “monster” who committed a horrible crime. Which is true…

Zoe, upon exchanging letters with Marcus, finds herself questioning everything she thought to be true, her whole life’s narrative. “I was old enough to figure out for myself how I felt about him,” Zoe claims. It can be hard enough to know a person when they’re standing right in front of you, but when all you have of someone is paper and ink? Doubt is to be expected, and trust is something to be slowly nurtured. But Marcus is kind, thoughtful, and caring. With the Little Tomato playlist, unearthed newspaper accounts of the incident, and the discovery of the Innocence Project, Zoe’s world does not make the same sense it used to, and she is lead to two life-changing realizations:

Sometimes power isn’t found in sticking to your own story, but protecting the story of someone who isn’t around to do it themselves. Sometimes, there is strength in re-evaluating what you know and using that understanding as fuel to help change the minds of others. Zoe, superstar that she is, does both of these things.

For all Zoe’s mother had good intentions to keep her daughter distanced from Marcus, she tried to determine Zoe’s story for her. However, once the idea that Marcus is innocent enters the realm of possibility, Zoe is forced to tear up the story she knows and start from scratch: “Maybe the pencil marks can’t be erased, but at some point, you could decide to turn a new page.”

Zoe can no longer ignore how much she wants to have a relationship with her birth father. And when Zoe tracks down the alibi witness, she has no doubt that she must come clean to her parents about what she’s learned, about how much her perspective has changed. Zoe’s secret efforts have turned her into more than “a little kid who can’t handle things.” She is the reason Marcus eventually gets out of prison, that an innocent man is able to live the life he always deserved. There’s no doubt that Zoe’s narrative of unbreakable faith will continue to inspire long after readers have swept their eyes over the novel’s closing lines.

Each of us are affected by the world – our families, our friends, and a thousand other circumstances that are unique to us. As Gooney Bird, Minli, and Zoe have proved, what matters is what we do with these raw materials when it comes to telling our own stories. Do we just passively accept the stories others thrust upon us? Or do we seize the narrative, buffing and polishing our rough-faced gem to make it our own? By sticking with your story, you might be encouraging others to tell their stories, to realize all that they have to be grateful for, or even get justice for those who have been made voiceless.

With just a bit of persistence, we can fill up that blank page and keep striving to tell the stories that help each of us live honest, authentic lives.