Perkins Elementary Conducts Read-a-Thon for One School, One Book 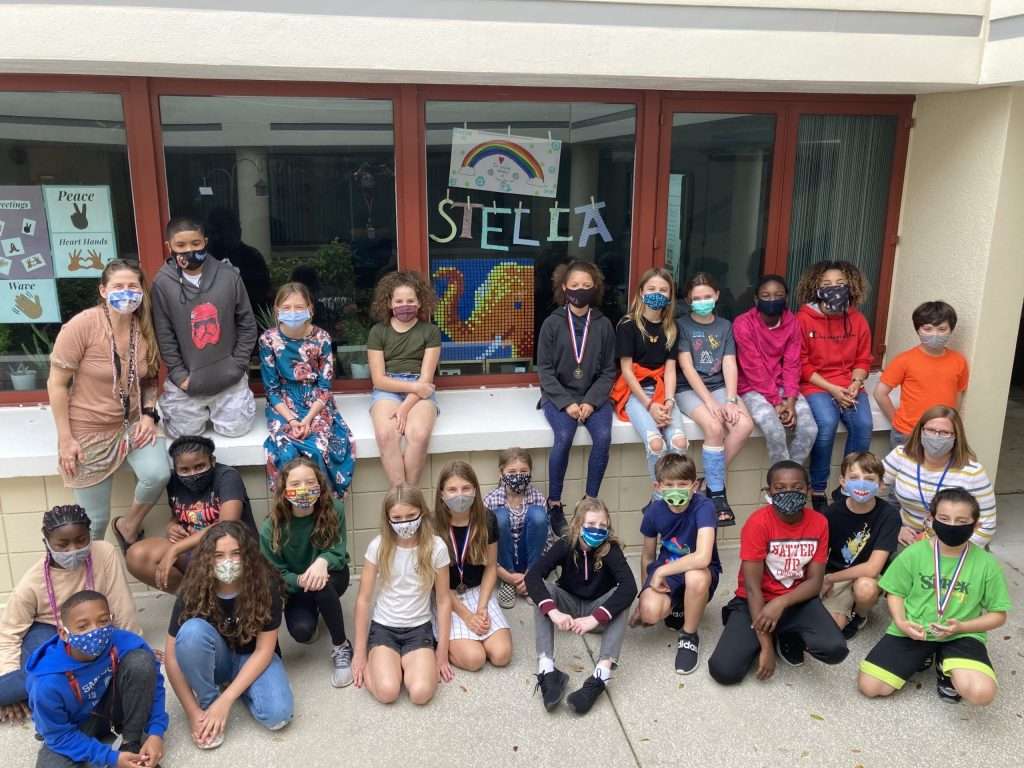 Over more than a decade of program launches and anecdotes from educators, Read to Them has found that no One School, One Book looks exactly the same. We are constantly amazed by the ingenuity that program coordinators take to launch a successful event or – in this case– to ensure an OSOB program even lands at their school in the first place.

Anne Ware, K-5 gifted teacher at Perkins Elementary in Pinellas, Florida, first heard of the program through Read to Them’s Florida Regional Representative, Sally Baynard.  As it happens, Ware is one of Baynard’s former students. Ware found herself drawn to OSOB for a number of reasons. What charmed her the most was the prospect of building a stronger school community.

“It was something we desperately needed, especially in these days,” Ware claims.

Ware was incredibly determined to bring OSOB to Perkins, though program funding was, admittedly, an issue. With the aid of former PTA President, Summer Jensen, the two sought a unique initiative that could garner a wide net of support for a school-wide reading event. Ultimately, they settled on conducting a Read-A-Thon. Perkins students were eager to ask friends and family for support– and it was a call happily answered.

“I posted the fundraiser on Facebook and got a lot of support,” Ware shares. “Grandparents love to support reading!”

The fundraiser was a roaring success. With the aid of the Pinellas community, Perkins Elementary raised not only enough money for an OSOB program, but had enough funds remaining to give teachers money for classroom supplies.

Perkins selected Katherine Applegate’s The One and Only Ivan for their school-wide read.

“It was such a community building experience,” Ware says. “You could not walk through the halls without seeing pictures of the characters [from The One and Only Ivan] posted. In my own window we decorated with coloring work of different characters and posters of character traits!”

Ware’s favorite piece that students created during the program was a collage mosaic out of Rubik’s cubes. The piece depicted Stella, one of Ivan’s elephant companions in the novel, and it was “a very big hit” among the students and staff.

“The primary classes did lots of art activities based on the book,” Ware says. To nurture further engagement, Ware adds: “There were trivia questions on the [school] news every morning. A few classes even held parental involvement contests.”

Ware remains hopeful that another One School, One Book program is on the horizon. Students still fondly remember the Stella mosaic, for instance. Seeing the lasting impact and the incredible amounts of potential that remain, Ware’s determination is certain to yield another successful event down the line.