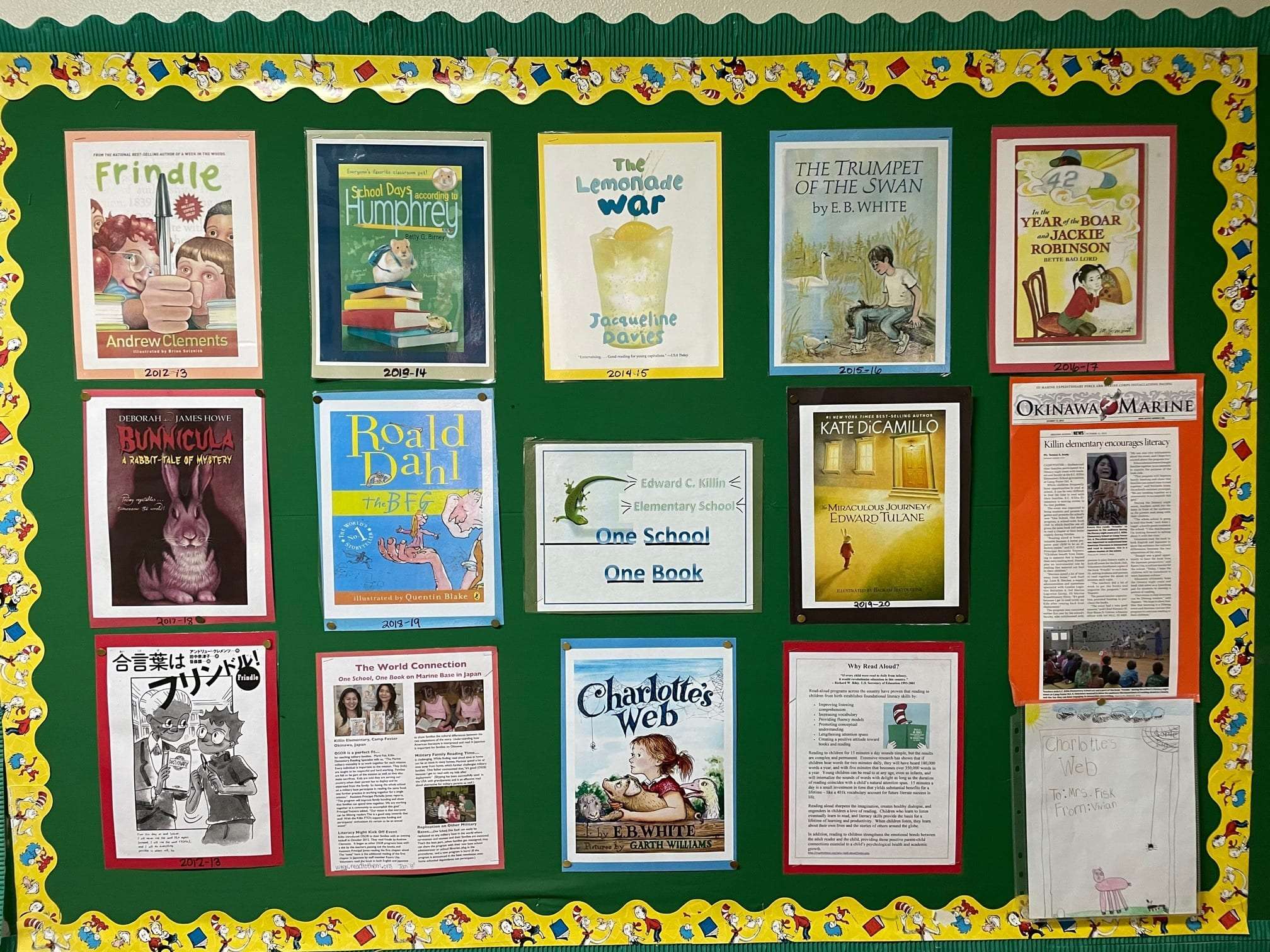 In a year of uncertainty, Edward C. Killin Elementary teachers knew one thing for sure — they would make sure students and staff would be able to participate in a One School, One Book event. Since the fall of 2012, OSOB has been a staple to the school’s curriculum. Thanks to a bit of pandemic-era ingenuity, E. C. Killin was able to launch their ninth event this past October. 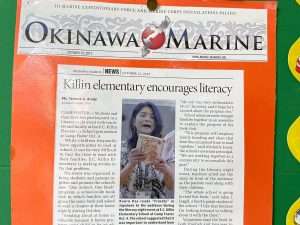 C. Killin is located on the Foster Marine Base in Okinawa, Japan. With an ever-shifting population, the school boasts between 400 and 600 students at a time.

“Every year we have some new families to our school that send the principal letters about how much they enjoy this program,” says Marti Fisk, the literary support specialist at E. C. Killin. “Families that have been at our school for awhile always ask when we’ll be doing the next OSOB and they look forward to what our next book will be.  Our Parent Teacher Organization purchases books for the school and puts this program as a top priority in their budget.  The parents that are on the board for the PTO always compliment the program and look forward to continuing to support it.”

Given E. C. Killin’s location in Japan, students attend a Japanese Language course once a week. To further enhance this piece of student’s schedules, Fisk says that: 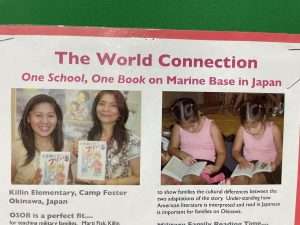 “One year we purchased copies of our OSOB title in Japanese so that our Japanese teacher could read parts aloud to the students in her class. We thought that was a really special experience.”

For their ninth OSOB event, students spent time with the cast of E.B. Whites’ The Trumpet of the Swan. A Marine from the base visited the school to play taps and reveille among other songs on a trumpet just like Louis the swan when he worked as a summer camp bugler.

“We created an internet link to our program that allows parents to access the calendar, questions, more about the author, tips for reading aloud, and information on why reading aloud is important,” Fisk says of their most recent event. To get students involved, “we had our student ambassadors take turns reading the announcements for the month. They read the question, the answer and the chapters that are assigned for that night.  They also deliver prizes to the winners” who answer the questions correctly. 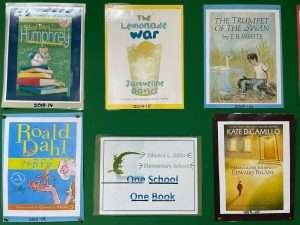 A sampling of E.C. Killin’s the most recent OSOB titles

In the time of Covid, though, the thing that Fisk loves the most is how the OSOB titles they’ve selected serve as “great books to use when you’re making connections. It helps us to have at least one piece of the same schema.”

One thing that Fisk has done to ensure excitement for OSOB continues throughout the year is keep a bulletin board with posters of the nine previous books E. C. Killin has been read.

“Just this year I heard a student ask his friend if he remembers the book from last year when he saw the board. He was talking about how much he loved that book.” Fisk adds that students frequently talk about how much they loved participating in OSOB, because they had the opportunity to “really dig deep into the book by having done it at home and at school and talking about it throughout the month.”

For Fisk, the most crucial benefit OSOB provides is actually quite simple. The program enables and encourages families to create valuable family time through the act of reading aloud together. To E. C. Killin, reading at home is considered important and expected, and after having participated in OSOB, families have shared that they continue to read aloud at home throughout the school year.

“The time invested into this program is so worth it,” Fisk says. “Especially since it reaches the whole school, not just a couple students or a couple of families.”