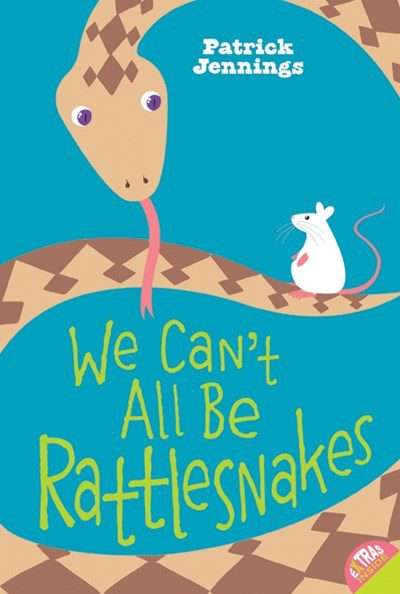 We Can’t All Be Rattlesnakes

Imagine life as a gopher snake. They look ferocious. They appear to be aggressive. But really that’s just because they often get confused for rattlesnakes.

“I’m big, strong, and mean – and, though not deadly to humans, my bite doesn’t exactly tickle.”

Crusher, the gopher snake, would love to be a rattlesnake. Instead, she is unexpectedly captured by a (slimy) human child and becomes…a pet. She soon realizes that, as a pet, a snake is just a snake. Or even a toy. Author Patrick Jennings poses the more daring question: Can she also be a friend?

“The thing was, licking him wasn’t as repulsive to me as it should have been. There was even some sincerity in it.”

Crusher is an appealing narrator. She is sharp, witty, even sarcastic. When Gunnar, the slimy human boy, puts her in a cage, she immediately begins planning her escape. But something happens to Crusher. She begins…caring. About the slimy boy. About the other pets who are in a similar predicament. Crusher surprises herself when she feels sympathy and worries her “playacting” is becoming real, that she is being “desnaked.”

“It was unnatural for me to care that some kid was crying.”

Readers will learn about the animal world and receive a happy helping of helpful information about how best to care for – and how NOT to care for – pets. Pet ownership can be tricky, but it’s usually worthwhile – and always entertaining!

Readers will learn something else – that friendship can be created in the unlikeliest places.

“I suppose that makes me a freak: forgiving a human for its failings, befriending creatures outside my species, saving a mouse’s life. … Yes, I’m a freak. And I’m proud of it.”

We Can’t All Be Rattlesnakes is filled with hijinks to entertain readers. Laugh as Crusher’s owner’s mother feverishly chases an animal escapee around the house with a broom. Smile as Crusher befriends an unlikely companion.

“There may yet be hope for the human species.”

What makes this book special, what takes it to a deeper level, is the actual ethical choice Crusher has to make: Whether to escape back to the wild or stay with her owner forever. Readers will cheer as Crusher mulls the question and ultimately makes up her mind. 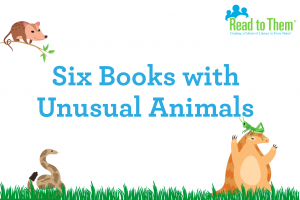 Animal characters are a staple of children’s literature, and for good reason. Many young readers gravitate to animals, giving these stories wide appeal. Peruse the