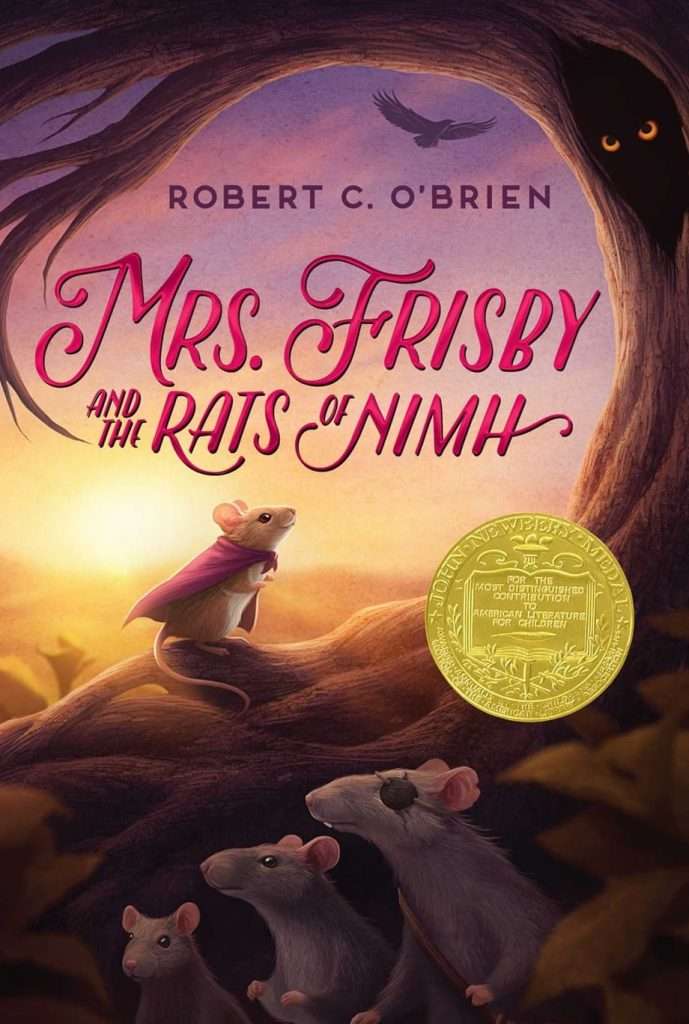 Mrs. Frisby and the Rats of NIMH

Robert C. O’Brien’s Mrs. Frisby and the Rats of NIMH is a Newbery-winning novel that sports an array of attractions. An intrepid mouse trying to save her family. A family farm with an array of creatures like Dragon, the cat. A wise owl living in the great tree in the forest. The mysterious rats from NIMH with a secret burrow under the rose bushes hiding a whole world of ingenuity.

The story contains unexpected STEM opportunities, along with powerful messages on self-sufficiency and conservation. It packs all of that into 235 quick-moving pages that intertwine two stories.

We meet Mrs. Frisby, a mouse who lives on Fitzgibbon’s Farm. She must find new living quarters for her family, a task beyond her physical capabilities. Her search takes her to the mysterious, secretive, industrious rats who also live on the farm. And these rats — the Rats of NIMH — turn out to have their own unexpected story of capture, experimentation, and escape. That subplot is told in nine chapters, forming the interior heart of Mrs. Frisby and the Rats of NIMH.

This elaborate story can still captivate younger children because they identify with the plight of the mice and the rats as they attempt to outsmart a cat and many humans. Children empathize with Mrs. Frisby and her sick son as she visits a crow, an apothecary, the owl, and eventually the rats in an effort to save him. And they will thrill when reading of the rat’s elaborate escape from NIMH via air conditioning ducts.

Mrs. Frisby and the Rats of NIMH also plumbs larger themes like independence, loyalty, and sacrifice. The rats, who seem to be able to do anything on Zuckerman’s farm (they even light their elaborate burrow with Christmas tree lights), are concocting an elaborate Plan to be able to live independently and not mooch off of humans. When they discover that Mrs. Frisby is the wife of the mouse who sacrificed himself in the escape from NIMH, they are loyal to his memory and do everything in their power to aid her family.

It’s a tale with action, sentiment, science, bravery, teamwork, and lots of charming details, and it has been captivating readers and classrooms and families since 1974. Invite Mrs. Frisby into your school community and see how much fun mice and rats can be.