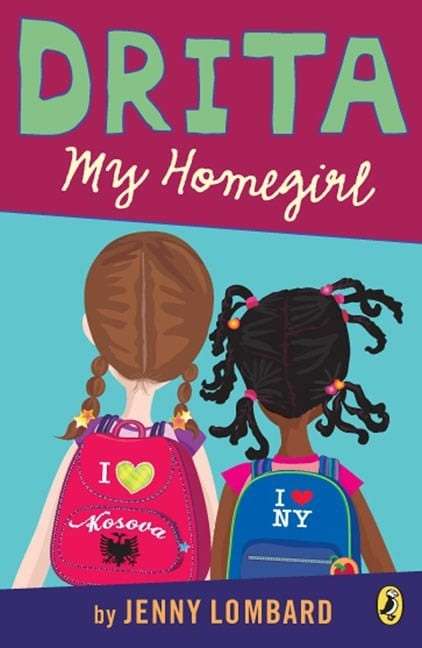 “It’s better to have one true friend than a million others.”

Drita and her family are refugees from war-torn Kosovo. Once they have settled in America, all Drita wants to do is fit in. She’s got heart and determination in spades, but Drita speaks very little English and making friends is easier said than done.

Drita’s popular classmate, Maxie, is facing her own family difficulties. An insightful teacher who sees beyond the surface wisely pairs them together for a class project and encourages both girls to navigate fourth grade together. Though there is an initial cultural clash, Maxie and Drita quickly realize that they have more in common than meets the eye. Believe it or not, it’s basketball that brings the two girls together. When Drita and Maxie meet on the hardcourt, they find a newfound respect for each other.

Drita’s mother is struggling to adjust to life in America, and her sadness is something that is starting to consume her. For Maxie, seeing her father date again after her mother died is something she can’t fathom even with gentle support from her grandmother. Together, the girls, now friends, are able grasp the importance of reaching out to those we can’t always understand, and the power of opening your heart to a friend.

While the path Drita and her family took to reach America can be distressing to read, Jenny Lombard treats it with care, providing an opening for age-appropriate discussions of the reality of families forced to leave everything behind.  The author also adds humanity to Maxie’s story, where tough-girl bravado serves to mask real loss.

Told in alternating points of view, Drita, My Homegirl deftly brings two cultures together, allowing the reader to see two girls handling the pressures of growing up under difficult circumstances. Drita and Maxie learn and teach important lessons about perseverance, the power of kindness, and the importance of friendship.  Ultimately they learn, as Drita’s gyshe says, “Kush e dí sí e ka hallin.”  Sometimes there is more to people than meets the eye.”