4 Years of One School, One Book at T. Baldwin Demarest

Since their inaugural program in 2018, the staff at T. Baldwin Demarest Elementary in New Jersey considers One School, One Book to be one of the highlights of their year. With each book, it becomes easier to find ways to ensure their program remains fresh and fun for students.

“The program grows each year,” says Lisa Straubinger, who works as the teacher librarian at T. Baldwin. “The first year was pretty straightforward: read these chapters, trivia questions, opening and closing assemblies. Now, we have a [huge] build up to the reveal, special Trivia Tuesdays where students on each grade level are randomly picked from winning entries and receive an extra book coupon. For the final Trivia Tuesday, the winner receives the sequel to the story we have chosen.”

For fresh OSOB participants, Straubinger stresses the importance of keeping it simple the first go round – “Get a feel for the program and how it works. You will always have time to grow it!”

Baldwin’s current OSOB programs close with a special day dedicated to participating in activities centered around the book. Straubinger shares that they tie their OSOB selections to their Read to Make a Difference initiative where students read to raise money for a charity.

“After reading A Boy Called Bat,” Straubinger says. “We raised money for our local nature center that houses some wild animals that can’t be released back into the wild due to injuries.”

During their time with Bat, students at T. Baldwin Demarest were treated to a virtual visit by Bat’s author, Elana K. Arnold. Other OSOB titles include The Chocolate Touch by Patrick Skene Catling, The One and Only Ivan by Katherine Applegate, and Gooseberry Park by Cynthia Rylant.

“The year we did The One and Only Ivan,” Straubinger says. “We were able to get our hands on a gorilla suit. It was kid size so we asked one of our fourth graders to dress up. He was fantastic! He jumped around, danced, and [helped] get everyone excited about the book.”

This same year, Straubinger shares that she had the opportunity to meet John Schu, a prominent figure in the KidLit community, at a statewide librarian conference. When she shared with Schu that her school had selected Ivan for an OSOB program, Schu gave her a signed copy of the book that Straubinger passed on to the student who dressed up in the gorilla costume. When reflecting on this special exchange, Straubinger says, “[These things] really helped create a stronger connection to the story.”

Straubinger first heard about OSOB through other professionals in the “library world.” Straubinger shares that she immediately loved the idea of a program that would not just bring a single classroom together around a book.

“We love creating a connection across the grade levels,” Straubinger says. “With all the staff and with families, too!”

Straubinger heads the committee that plans and carries out the OSOB program in her school. Straubinger begins each cycle by reading several OSOB contenders at the beginning of summer, narrowing down the choices, before making her recommendation to the committee. She also leads the efforts to see books distributed to families, ensuring that each book has its own memento label: the year it was read and a note of gratitude to the PTO for donating the money for books.

“As the program is running I start each library class with a recap of the night’s reading and we talk about what we think may happen next,” Straubinger adds. “I run our Instagram account where we post the clues to guess the title, nightly reading, hints for trivia, pictures of the program in action, and any other tidbit we think is worth mentioning.”

Over the course of four years, Straubinger notes that the memories made during OSOB have always been positive, and that the impact has been undeniable. There is already ample excitement for the next OSOB, as T. Baldwin Demarest continues to grow the program and expand it into different areas both at school and in the community.

“Everyone looks forward to it each year,” Straubinger claims. “Kids like to suggest possible titles. Fourth graders are talking to kindergarteners about the same book – it truly gives everyone in the building a connection to each other!” 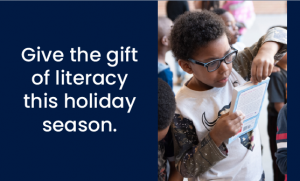 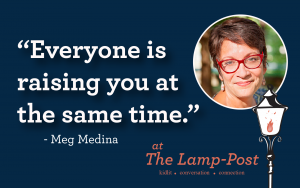 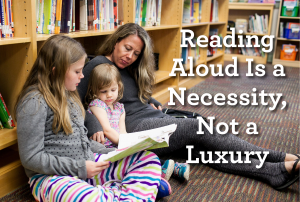